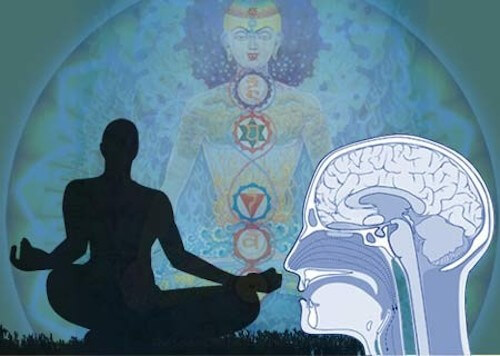 Humans have meditated for thousands of years, for religious purposes or just to quiet the mind. There are many meditation techniques but for the most part they can be lumped into two broad categories: non directive (mind wanders freely) and concentrative (suppresses random thoughts). Any differences in how the body responds to each type have not been well known prior to this study. A new study led by Svend Davanger from the University of Oslo has investigated what happens in the brain during meditation versus casual resting. The results were published in an open access format in the journal Frontiers in Human Neuroscience.

Acem meditation came about in the 1960s in Norway as a non-religious technique that focuses on mentally repeating a word in order to relax the mind and body. Acem does not seek to reach any particular state of consciousness, but instead allows thoughts to come and go from the mind as they become absorbed by the mantra.

The study used 14 participants who are experienced in Acem and they underwent functional MRI (fMRI) to measure brain activity during three different states: nondirective meditation, such as Acem which allows fleeting thoughts provided the mantra is repeated; open monitoring, which allows the person to experience whatever random thoughts come into their head; and focused attention, in which the person deliberately tries to prevent random thoughts and focuses solely on their breathing.

The ability to reduce the number of times the mind wanders during focused attention exercise has been heralded as a benefit of long-term experience with meditation. That assertion typically comes from those who self-report the amount of time they are on task, and not from studies that have actually tracked the amount of time the person meditating is able to focus thoughts. This study found that when the participants were asked to push a button and track when they were no longer thinking about their breath, the more experienced meditators didn’t really have much of an advantage over those that were newer to it. During the 20 minutes it took to complete the fMRI, the participants pressed their buttons about once every 80 seconds.

The results found that activity was significantly increased in the areas of the brain associated with emotions and memories during the non directive meditation, compared to the focused meditation. This was an unexpected result, as the it was assumed that actively concentrating would have increased brain activity.

“I was surprised that the activity of the brain was greatest when the person’s thoughts wandered freely on their own, rather than when the brain worked to be more strongly focused,” said lead author Jian Xu in a press release. “When the subjects stopped doing a specific task and were not really doing anything special, there was an increase in activity in the area of the brain where we process thoughts and feelings. It is described as a kind of resting network. And it was this area that was most active during nondirective meditation.”

“Meditation is an activity that is practiced by millions of people. It is important that we find out how this really works,” Davanger said. “In recent years there has been a sharp increase in international research on meditation. Several universities in the US spend a great deal of money to research in the field. So I think it is important that we are also active.”

This website uses cookies to improve your experience while you navigate through the website. Out of these, the cookies that are categorized as necessary are stored on your browser as they are essential for the working of basic functionalities of the website. We also use third-party cookies that help us analyze and understand how you use this website. These cookies will be stored in your browser only with your consent. You also have the option to opt-out of these cookies. But opting out of some of these cookies may affect your browsing experience.
Necessary Always Enabled
Necessary cookies are absolutely essential for the website to function properly. This category only includes cookies that ensures basic functionalities and security features of the website. These cookies do not store any personal information.
Non-necessary
Any cookies that may not be particularly necessary for the website to function and is used specifically to collect user personal data via analytics, ads, other embedded contents are termed as non-necessary cookies. It is mandatory to procure user consent prior to running these cookies on your website.
SAVE & ACCEPT
Get Your FREE Personalized Video Numerology Report
Click Here!
This is default text for notification bar
Learn more