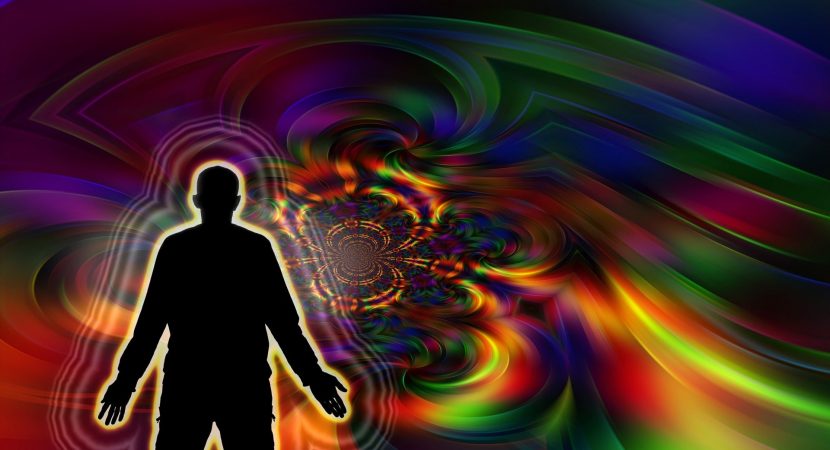 In the 1960s in the US, the hippie movement was maligned for drug use and free love thinking. Some made fun of the back-to-nature free thinkers of the day that claimed they could see the auras surrounding people. They claimed to see encompassing cocoons of cloud-like color which told them a lot about a person. While this may have been laughed at back then, it is not so abstract an idea today.

Your aura is a distinctive quality or sense of being which surrounds you. Living things are not the only entities which give off an aura. Places and things can and emit an enveloping presence that gives off a specific mood or feeling, because of living beings that were previously there. You may have found yourself in a place where a great tragedy recently occurred, and noticed an invisible presence that gave you negative, dark or unsafe feelings.

This may have been the aura that environment was displaying, and you sensed it subconsciously even if you couldn’t see it. Spiritualists and mystics who have spent their lives improving their receptivity to auras can readily identify the color or colors which surround many people, places and things. Different colors have different meanings, so let’s take a look at what the color makeup of your aura says about you.

What Color is Your Aura?

Living things that breathe oxygen and are natural energy fields give off electromagnet energy. If you have ever been around someone who made you feel uneasy, and you couldn’t place a finger on exactly why you felt that way, you could’ve been tapping into that person’s aura. The dark, negative energy the individual was giving off was instantly and unconsciously registered, and this triggered an emotional response on your part.

In some cases, especially due to massive trauma or some horrific life event, an aura can grow to as many as 30 or 40 or 50 feet from one side to the other. A person’s life force energy was so negatively impacted that their aura has exploded in size. There are ways you can cleanse your aura, specific alternative healing practices which return your life force energy flow to a balanced, positive state.

Let’s take a color by color look at different auras.

• Red – People with mostly red in their aura are energetic, enthusiastic and adventurous, quick to act and quick to anger. If you know someone who is willing to try just about anything, that person probably has a red aura.

• Orange – These social animals are fun to be around. They are also generous to a fault, are highly empathetic and good-natured, with a tendency to lose their cool quickly.

• Gold – Beauty lovers and artists have gold auras. They love being the centers of attention, and cultivate a wide number and variety of friends.

• Yellow – A yellow aura denotes logic and intelligence, as well as great communication skills. This person is analytical and sensible and may become a workaholic.

• Purple – Purple auras identify people that are inquiring and intuitive. They are explorers and knowledge-seekers, and have a tight-knit, limited group of friends they would do anything for. Purple auras indicate a love of and connectedness with animals and nature.

• Blue – Great communicators have bluish auras, though a blue-only aura is rare. These people are influential, eloquent and charismatic, and are often celebrities or politicians.

• Green – These creative people love what they do, in work and at play. They are usually highly respected and admired and have a connection to nature.

This website uses cookies to improve your experience while you navigate through the website. Out of these, the cookies that are categorized as necessary are stored on your browser as they are essential for the working of basic functionalities of the website. We also use third-party cookies that help us analyze and understand how you use this website. These cookies will be stored in your browser only with your consent. You also have the option to opt-out of these cookies. But opting out of some of these cookies may affect your browsing experience.
Necessary Always Enabled
Necessary cookies are absolutely essential for the website to function properly. This category only includes cookies that ensures basic functionalities and security features of the website. These cookies do not store any personal information.
Non-necessary
Any cookies that may not be particularly necessary for the website to function and is used specifically to collect user personal data via analytics, ads, other embedded contents are termed as non-necessary cookies. It is mandatory to procure user consent prior to running these cookies on your website.
SAVE & ACCEPT
Get Your FREE Personalized Video Numerology Report
Click Here!
This is default text for notification bar
Learn more